CMB won the renovation of the UN buildings, Geneva

CMB Società Cooperativa Muratori e Braccianti di Carpi, as Leader Company of the Joint Venture with CSC Impresa Costruzioni SA, part of the Salini Impregilo Group, and Italiana Costruzioni SpA, signed the contract for the Renovation of the Historic Buildings at the Palais des Nations in Geneva, dating back to the Thirties. The amount of the work is around 270 million Swiss francs (about 245 million Euro).

The headquarters of the United Nations in Geneva, with an area of approximately 100,000 sqm, is the second largest after the New York City Headquarters. The offices are located within the 46 hectares of the Ariana Park and overlook the Geneva Lake in Switzerland. Originally built between 1929 and 1936, it is one of the most active centers of multilateral diplomacy in the world, with 34 conference rooms and hosting around 12,000 meetings a year with over 75,000 delegates and 100,000 visitors. The renovation project was developed by the United Nations, in order to guarantee future generations a safe and sustainable structure capable of supporting the important task of the UN to work for peace, human rights and the well-being of people across the globe. The historic buildings will be fully renovated, with priority given to protecting the heritage of the Palais des Nations, while modernizing the core building and conference support systems, improving working conditions and life safety, and accessibility for persons with disabilities. One of the major challenges will be maintaining the full functionality of the offices during all phases of the construction site. 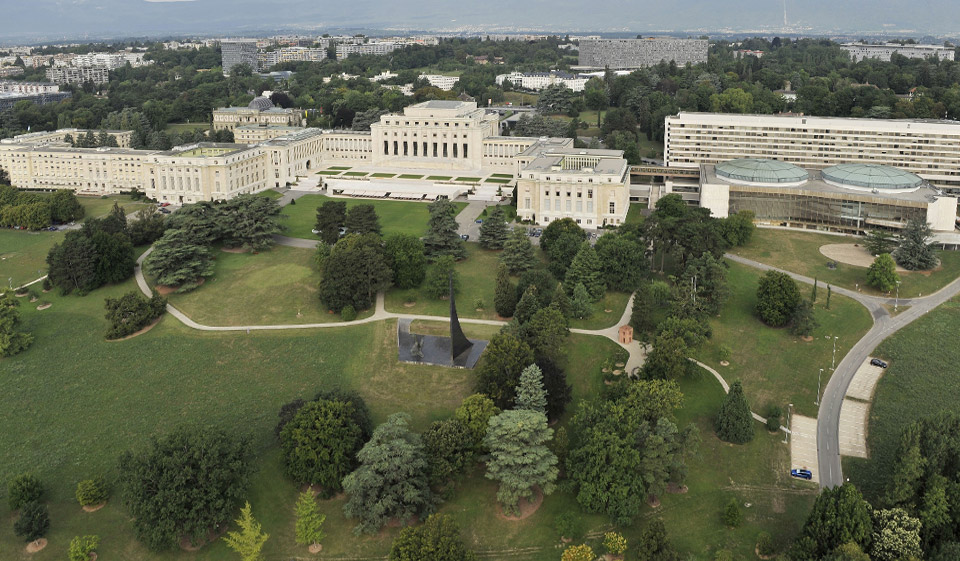 Fundamental to the decision of the tender awarding commission were the extensive experience of the Joint Venture in major construction and the realization of complex renovation works of historical buildings: “Of particular importance was the visit to the Opera del Duomo Museum in Florence, restored and expanded by CMB between 2013 and 2015” recalls Barbara Maccioni, Director of the CMB Business Development Unit, who personally managed the participation of the group in the tender and the subsequent acquisition. “It was a work of great complexity with a prestigious Client that resulted in one of the most interesting museums of sacred art in Italy”.

The international competitive tender was conducted using competitive dialogue based on a full technical design Project supplied by the Client: the final technical and economic offer was delivered on July 5th, 2019, followed by an interview with some members of the staff of the Joint – Venture, in the first half of July, which contributed to the final score.

Great satisfaction was expressed by Vice-President Roberto Davoli, Director of the Division which will deal with the realization of the Project: “a reason of great satisfaction for our Company, once again engaged in interventions of great complexity and with high technological and aesthetic content. Moreover, it is one of the most important construction contracts signed by the United Nations, in particular with an Italian Company”. Finally, President Carlo Zini underlined how “the success achieved is to be found in the great teamwork and professionalism expressed by our staff and our technicians, who have contributed with their skills to this extraordinary undertaking. And now at work to make a good impression and complete the work in just three years “.

Following the award, a pre-construction phase will start in the coming months to start the construction site-building activities in March 2020. The works will be developed over 40 months and will end in the summer of 2023.