The world has changed since February 2020, and the scenario we’ve been faced with has been strongly impacted by the medical emergency that has swept our country off its feet.

After almost two months of lockdown, manufacturing activities and constructions sites restarted from 4 May.

CMB has reopened in Carpi, Milan and Rome, and work has restarted on its construction sites, gradually and in complete safety. With the aim of supporting the efforts of the Italian healthcare system to tackle the emergency, CMB has also decided to make a significant donation to a number of healthcare facilities in the Lombardy, Emilia Romagna and Veneto regions and in Rome. This is the company’s way of showing support and gratitude for the efforts of those fighting the virus on the front line, especially in those areas where CMB has its roots and where the company has grown. €400,000 has been provided for the purchase of pulmonary ventilators for operating theatres, neonatal incubators for intensive care, beds for semi-intensive care units and other highly specialised equipment.

Despite this critical situation, CMB’s shareholders have approved the 2019 Financial Statements, which closed with a turnover of €611 million, a significant rise (+20%) compared to the previous FY, and a net profit of €3.3 million, white net equity reached €222 million. The Construction sector is the company’s core business, and in 2019 confirmed the turnover planned for the year. The Projects and services segment remains the most innovative, dynamic activity of CMB, registering a constant rise in revenue and profitability once again this year. During the most acute phases of the pandemic, the Projects and Services Division also took direct care of building and system maintenance, fitting out and reorganising entire departments in several hospitals in northern Italy. The company also played a front-line role in the Lombardy region in the management of seven cemeteries and two crematoriums in Bergamo and Varese. 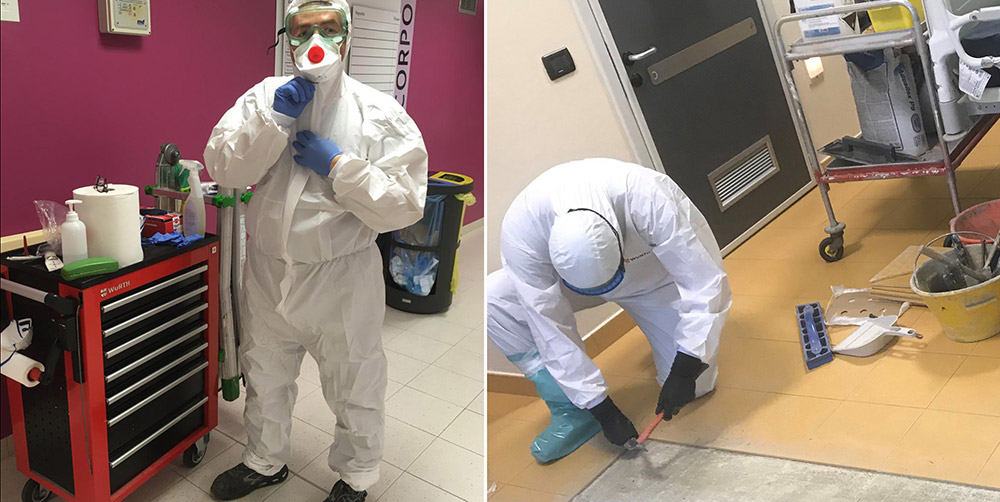 At the end of 2019, CMB’s order portfolio amounted to € 3 billion, a level never before achieved, with works in Italy and abroad (30%) in high-rating countries, which have allowed the company to achieve its aim of geographical diversification. Among the most important contracts obtained in 2019 was the renovation of the United Nations Offices in Geneva, Switzerland: an extremely prestigious project of particular complexity, since all the offices will be remaining operative throughout all the stages of the construction work. This is another important commercial success for CMB, which in recent years has embarked on a process of internationalisation and of exporting its know-how. In compliance with the regulations for containing the spread of Covid 19, the shareholders’ meeting was held on Saturday 23 May at CMB headquarters, with restricted entry, and was streamed, with the participation of the Mayor of Carpi Alberto Bellelli and the National President of the Legacoop federation Mauro Lusetti.