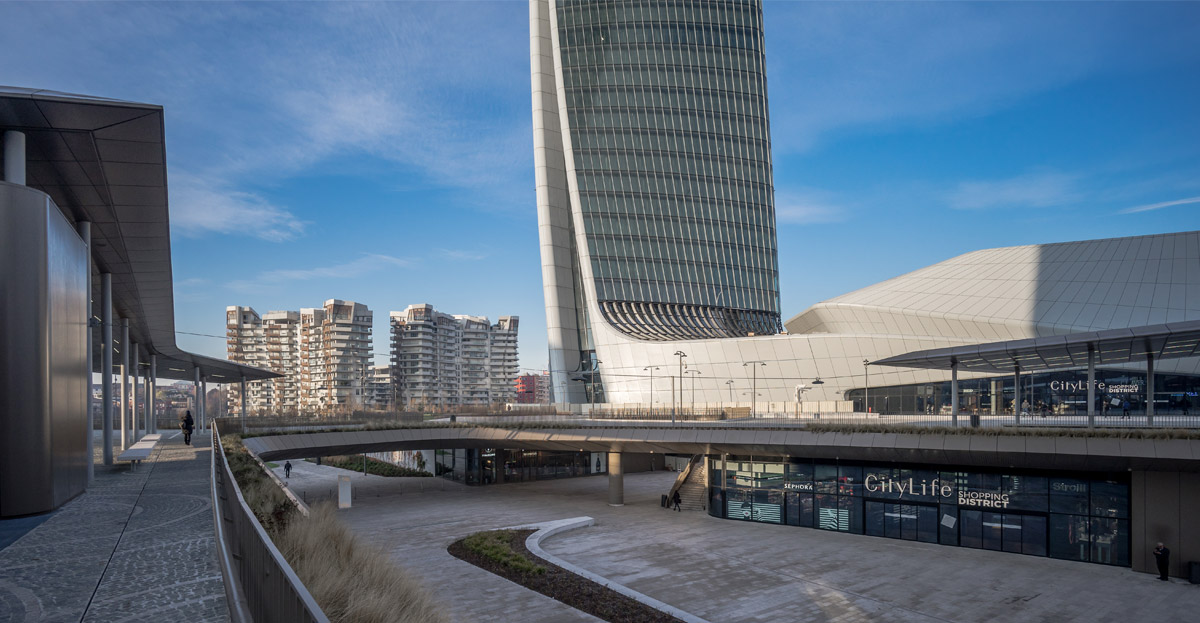 Developed according to the design of the architect Zaha Hadid, it is 32,000 sq. m. of technology, design and sustainability.

The interiors mirror the sinuous lines of the design seen from the outside: in the shopping gallery, the two levels are perfectly integrated through the playful arrangement of volumes and views. Great attention has been given to the choice of materials, in particular the bamboo used for the parquet flooring, the slatted ceilings and the sculptural covering of the columns.

PREMIERE NIGHT
The opening of the Shopping Centre: the building was illuminated for the occasion by a light show, visible throughout the city of Milan.

With 60 stores and a thousand workers, it’s the largest shopping centre in Italy. The project forms part of the urban recovery and redevelopment plan for the former Milan Trade Fair district and involved the construction of a podium structure joining the Generali-Hadid Tower that rises above it, also commissioned by Citylife to CMB. In this way, the two elements blend to form an extremely complex architectural whole which has required using particularly daring steel structures to accommodate the geometric forms of the façades that represent the “signature” of the Iraqi designer.

The curved architectural “skin” in Hadid-style.

The blind façade that wraps around the four sides of the building was designed with a sealing element that protects against atmospheric agents developed with the Kalzip technology, hidden from view by more than 10 thousand aluminium panels. Every panel has a different geometric shape creating a structure similar to a 3D puzzle. In addition, all the windows have been made with large silkscreened mirrors according to a specific design, which has made every single glass partition unique. 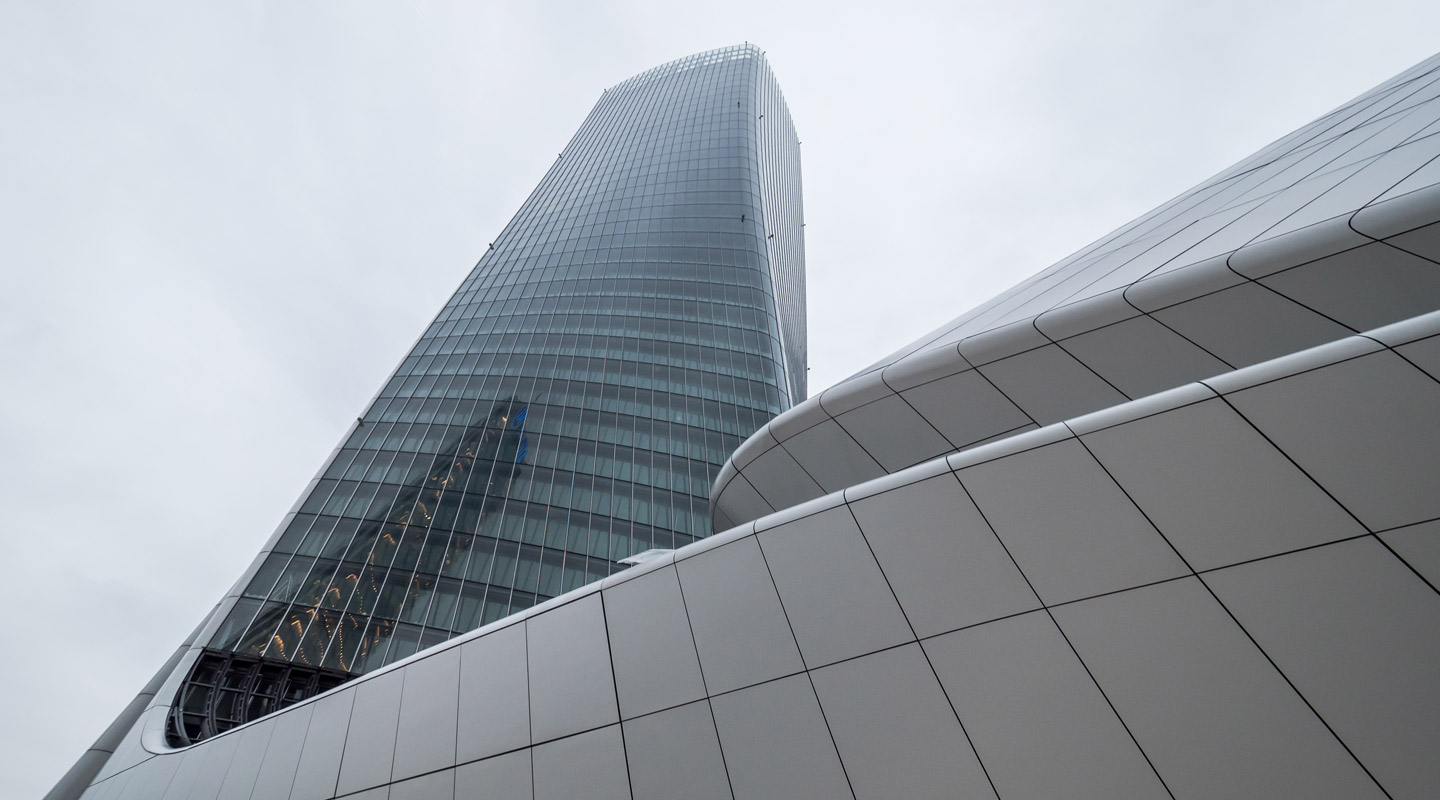 “An idea of beauty also lies behind a project intended for commercial use. CityLife is not just a shopping centre, but a boutique”.

Execution of all the works