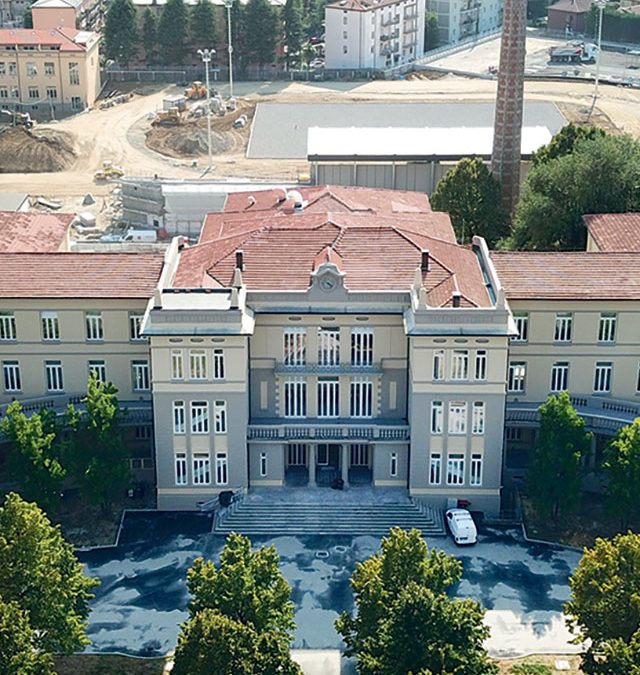 Located at the foot of the Bergamo hills, in the heart of the area known as Conca d’Oro, the former Hospital Complex of Bergamo

now becomes the new headquarters of the Guardia di Finanza Police Academy. This was made possible by extensive redevelopment and restoration works

to transform the complex into a university and higher education centre. The redevelopment of the historic complex is an integral part of the surrounding urban fabric. In addition to the restoration of eight pavilions dating back to the early twentieth century, the project also involved the construction of sports facilities, an auditorium and underground carpark.
OFFICIAL OPENING
The new headquarters was officially opened by the Italian President, Sergio Mattarella.

The project was carried out by CMB and involved the complete conservative restoration of eight pavilions and the prestigious “Palazzina Rossa,” as well as the construction of new spaces for other university areas of the Italian Guardia di Finanza Police. At the request of the Superintendency, preliminary archaeological investigations were conducted. The perimeter was divided into trenches and machines equipped with a smooth bucket were used to carefully carry out the excavation works with continuous archaeological assistance by a specialised company. These works yielded a number of finds from different historical periods. The restoration activities involved the reconstruction of internal walls, reinforcement of the structures through the use of reinforced plaster, complete replacement of interior and exterior door and wall frames, the remaking of most of the floors, painting of walls, the repair of existing nonstructural iron works, waterproofing, the recovery of some existing elevator systems and addition of new ones and the upgrading of the facades. The project also included the construction of new buildings for a swimming pool and gym, an auditorium, underground carpark and sports field with grandstand, a shooting range and various urban development works.

Two canals dating back to the late Renaissance, a Roman road and the remains of a burial ground from the second half of the first century BC. These archaeological remains dating back to different historical periods were uncovered during the excavations in the area of the new underground carpark. Thanks to delicate excavation works, CMB was able to unearth these historical finds, some of which are still in good condition. 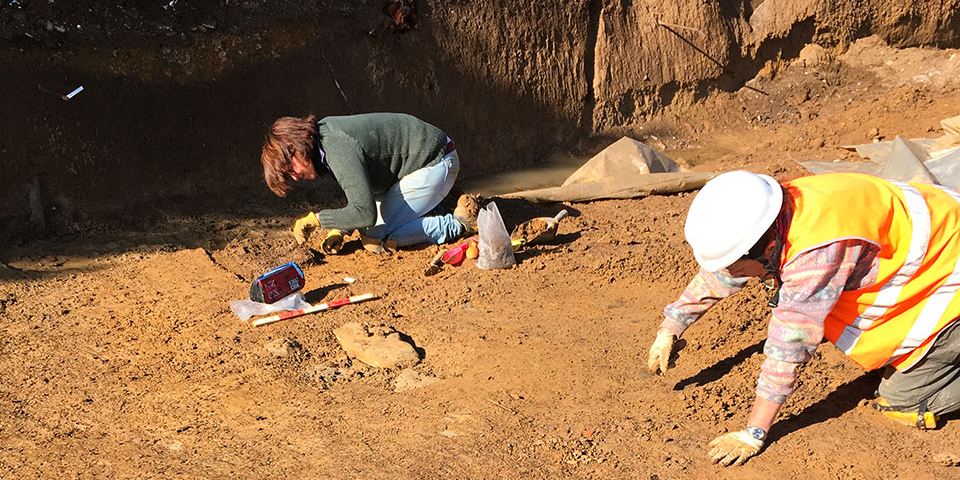 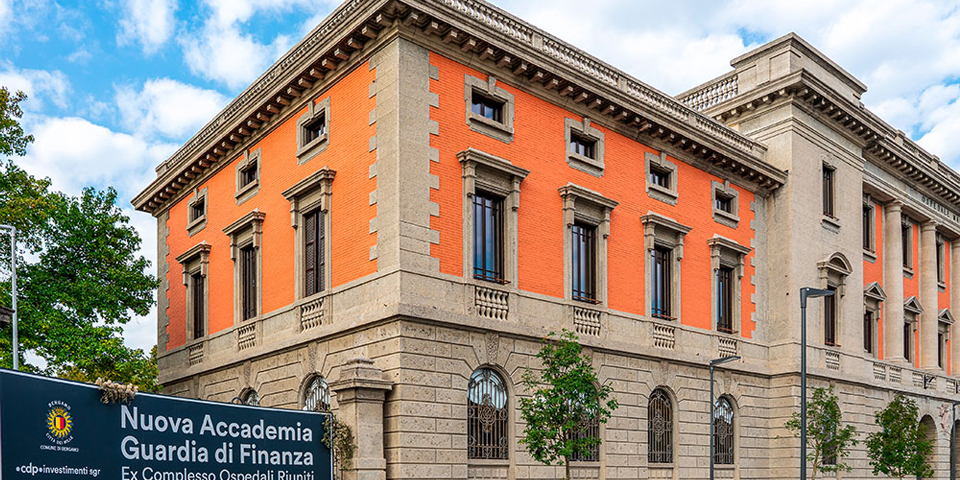 The Palazzina Rossa is the most architecturally significant building in the entire complex. Its restoration was preceded by an internal and external cognitive analysis to identify the nature of the constituent materials and the deterioration processes in progress. Of particular importance is the conservative restoration of the Hall of Honour, with a richly decorated coffered ceiling and three recessed wall paintings.

CMB’s role in the initiative: